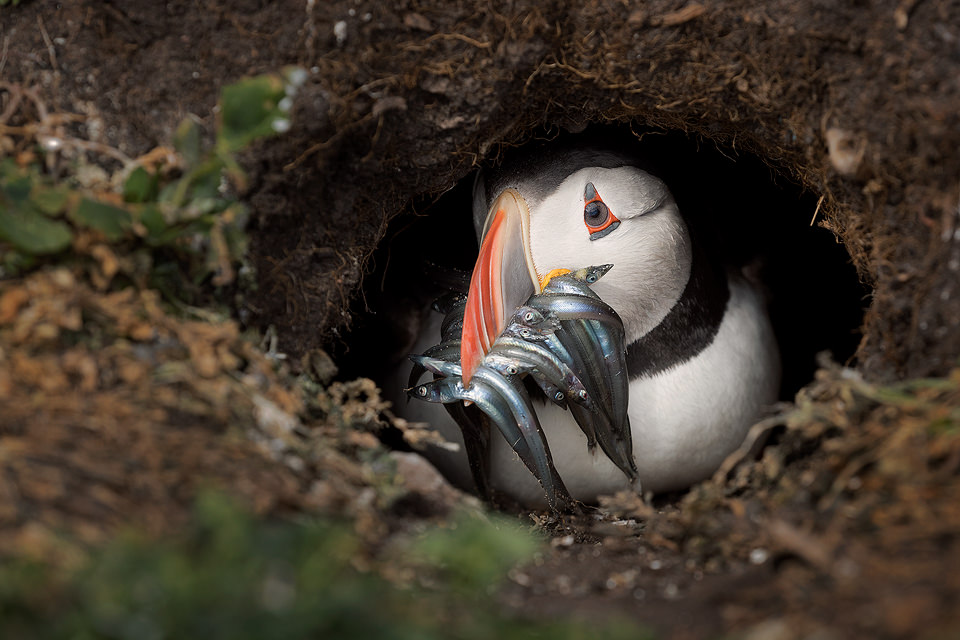 The Puffin Burrow. Puffin peers cautiously out of the burrow with a beak full of sand eels after a vicious gull attack. Puffins nest in burrows in the ground, roughly 1-1.5m long. The male birds dig the burrow using their strong bill and feet to push the soil out behind them. Puffins often return to the same burrow year after year and will defend their territory ferociously.

During the summertime around 150,000 breeding pairs of seabirds flock to the Farne Islands to nest. With such huge numbers crammed onto these tiny islands they are undoubtedly one of the best places in the UK to get close to sea birds.

The Puffin Burrow – About Puffins:

The puffin is one of Britain’s most iconic and best loved birds with its distinctive black head and brightly-coloured bill. Its comical appearance has earned it the nickname ‘clown of the sea’.

You can find out more about Puffins here.