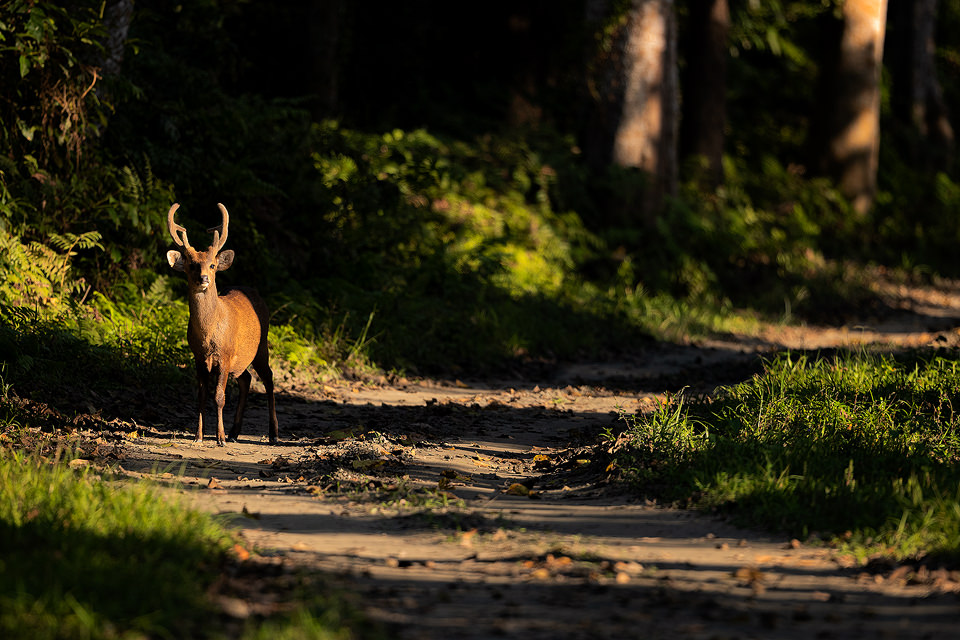 A Hog Deer Stag pauses in a shaft of light and looks towards our jeep. Kaziranga National Park, Assam, India.

Indian Hog deers (Axis porcinus) were once widespread and densely populated throughout their range. Between 1991 and 2012, hog deer in southeast Asia declined by over 90% thanks to habitat loss, hunting and changes in farming practices. The remaining isolated populations now only inhabit fractions of their former range, with one particular stronghold in Kaziranga National Park, India. Where they are estimated to number over 15,000. These small deer weigh 30-50kg and have a life span of between 10-20 years. Hog deer’s numbers are gradually decreasing in their natural range and they are now classified as Endangered on the IUCN Red List.

You can find more about Hog Deers here.

This website uses cookies to improve your experience while you navigate through the website. Out of these, the cookies that are categorized as necessary are stored on your browser as they are essential for the working of basic functionalities of the website. We also use third-party cookies that help us analyze and understand how you use this website. These cookies will be stored in your browser only with your consent. You also have the option to opt-out of these cookies. But opting out of some of these cookies may affect your browsing experience.
Necessary Always Enabled

Any cookies that may not be particularly necessary for the website to function and is used specifically to collect user personal data via analytics, ads, other embedded contents are termed as non-necessary cookies. It is mandatory to procure user consent prior to running these cookies on your website.